The three towns of Vineyard Haven, Edgartown and Oak Bluffs together are home to about three-quarters of the Island’s year-round population. For most visitors, their first steps on the Island will be in Vineyard Haven, also called Tisbury, because this is the main port of entry for the Steamship Authority ferries sailing from Woods Hole. (The SSA also runs ferries to Oak Bluffs, but only during the summer season.)

Vineyard Haven is the town least buffeted by the dramatic population cycles of the summer and winter seasons. It’s a densely settled community, with a population that matches Edgartown’s but on one-quarter the land area.

One of the natural treasures of Vineyard Haven is its harbor, which is protected by two promontories of land known as East Chop and West Chop. “Chop” is an old word for jaws, and these two jutting landforms have left Vineyard Haven with a natural enclosure that made it one of the busiest harbors on the East Coast during the heydays of coastal schooners in the United States. Along that harbor are such working businesses as the Island’s main ferry terminal, the Island’s only gasoline and heating oil depot and the famous Gannon & Benjamin boatyard, one of the finest builders of classic wooden yachts in the United States.

The man-made treasures of Vineyard Haven speak mainly to the town’s history. A drive out to the West Chop point will take you to the lighthouse, and past impressive private homes with sweeping ocean views. A walking tour of downtown is a chance to enjoy such Island landmarks as the Bunch of Grapes bookstore, honored as the best private bookstore in the United States, the Black Dog Tavern and the Black Dog Bakery and bustling family businesses like the Net Result Fish Market.

The perfect Island office. Enjoy water views of the Lagoon while you work. This first-floor middle unit has a deck overlooking the water. It is located in a well-established building housing respected Island businesses. On-Site parking and restroom. Easy access to town, restaurants, and the ferry.

It's time to build your Vineyard home! A 3 bedroom Title V septic system has been installed on this 1/4 acre lot. Tucked away, off of State Road, the location is convenient to all the great amenities Tisbury has to offer. Please Note: An electric company easement covers part of the lot, so there is a specific building envelope that must be adhered to.

Commercial opportunity, located below the iconic Stone Bank building. Amazing exposure from the public pedestrian walkway that winds its way along a well lit, brick walkway from Main Street to the ferry. Space opens onto the landscaped area and patio. 1,350 square feet of possibilities.

This conforming, buildable lot in the center of Vineyard Haven provides an opportunity to construct your starter home or rental investment property. An engineered plan is in the works. Based on current zoning bylaws, a buyer can have as many bedrooms as can fit within house floor plans and within the property setback lines of 20' from the front and rear, and 10' from the side. Max building height is 35'. In Vineyard Haven, a septic design can not be presented without floor plans. Located at the bend in the road, this parcel is nestled into the neighborhood and could be the right location for your next project.

Vineyard Haven near town center Partially cleared lot ready to build across from Veterans Memorial Park, close to Ferry and shopping. Height restriction of 24'4". 10-foot wide utility easement. Building envelope as per site plan. The 12 x 16 foot shed on site plan has been moved outside the building envelope.

Located in Down Town Vineyard Haven, this lovely Building Lot is on Tashmoo Avenue in the private Baylis Woods Area. Walk to Main Street and the Harbor, Owen Park, Lake Tashmoo /Boat Landing & Tennis. Take a bike ride around West Chop or hike to some of the Martha's Vineyard Land Bank West Chop beaches and trails from this lovely 1/3 acre building lot which is large enough to have a house and guest house. Enhanced Septic System is required in Tisbury, to be designed by the Buyer.

Located on a dead-end dirt road right outside downtown Vineyard Haven sits this quaint 1 bedroom and 1 bath ranch style home (with a 3 bedroom septic in place). It is just waiting for you to come give it some love and attention. A lot of potential on this 0.235 acre lot on the outskirts of town, but tucked back from the main road, making it feel more private. It even has the coveted outdoor shower that the island is known for! The kitchen is large and overflows into the front living room and also to a side area that could be used as a dining area or a quiet sitting area. The living room has 2 skylights allowing sun to pour in during the day. This property is being sold AS IS.

Bring your vision and renovate this home to your needs and liking. Constructed in 1930 as a single-level three-bedroom dwelling, it underwent reconfiguration and was most recently home to a preschool. The structure is nicely set back from the road and is centrally sited on the unusually large parcel of land which provides lots of room to expand. This is a great location, close to all Vineyard Haven has to offer with Main Street and the harbor less than a mile away. Offered in ''as is'' condition.

Energy efficient, environmentally friendly, high-performing passive solar house built by South Mountain Company, with the stonework and garden charm of a country cottage. Freshly painted and updated in 2023, thoroughly renovated in 2013 to add luxurious and sophisticated details. The main living space is open and airy with lofted ceilings and south-facing wall of windows to stream in light and open directly to the outdoor patio and lawn for effortless indoor-outdoor enjoyment. Second-floor loft suited for a home office or bonus living space. Open kitchen features stainless steel Wolf 4 burner range and SubZero refrigerator, granite countertops and tile backsplash. Granite steps and stone work outdoors connect the multiple lawn and garden levels with the back patio and large storage shed/studio space. Large circular peastone drive includes plenty of room for parking and the .81 acre lot provides privacy, extensive exterior space or room to expand with proper permitting. Currently 2 bedroom, 4 bedrooms allowed per Tisbury Board BOH with the addition of an enhanced septic system. Walk to Vineyard Haven Main Street, VTA bus stop at the end of the lane.

This is a beautiful 3.5 acre piece of land! Stunning and Peaceful!

Bring your vision to restore this quaint, three bedroom ranch style home. Located in an established neighborhood just a few miles from Main Street, this property is right off the bike path and bus route. Sited on a nice lot that offers privacy and a variety of mature plantings, there are so many possibilities to make this house your home. Comfortable living spaces, large deck, full walk out basement. Please see attached mold disclosure. Passed Title 5 3 bedroom system

A delightful sunny 3 bedroom cape with a fully equipped kitchen is waiting for your new ownership. Wide pine floors, nautical touches, gas fireplace for cooler nights, mini-splits with heat/ AC and the home comes mostly furnished. The location allows you to enjoy access to the water as well as town amenities. This home has added many new features including new front and back decking to name a couple. Currently rented until November 2023, the $5500 per month income will allow you to own a Vineyard home during these changing times. Easy to show on Wednesdays, Saturday and Sunday with little notice. Come and take a look at your next home with a fantastic price. 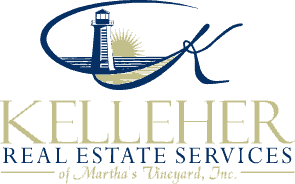